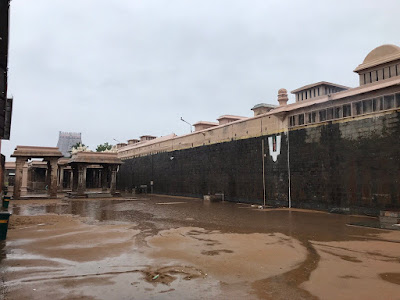 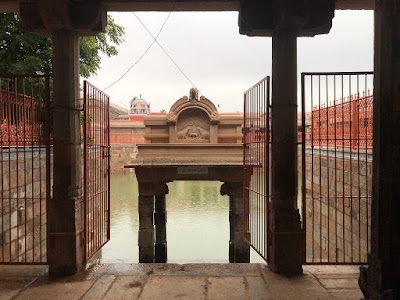 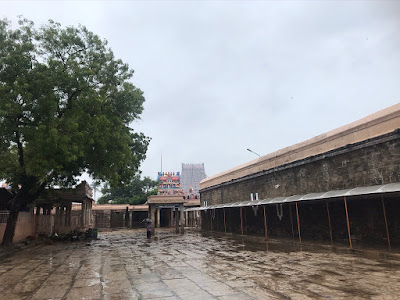 The Rockfort temple is located in the heart of Trichy, rather the city is spread around the rock fort. Trichy continues to be an important second tier city of the southern state of Tamil Nadu and is located about 330 kms south west of Chennai. 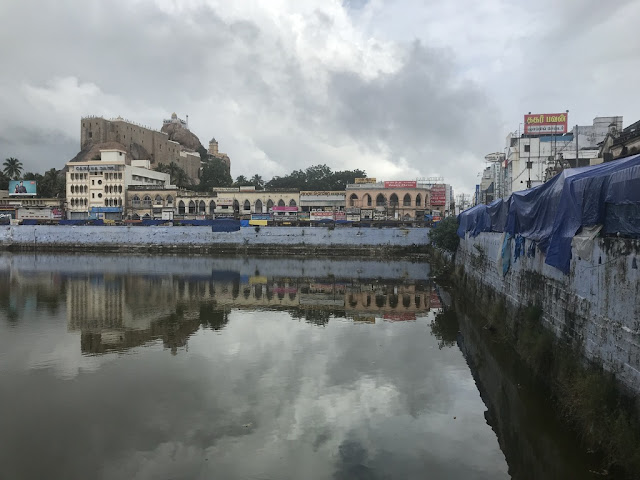 The hillock upon which Lord Ganesha is seated is apparently 3 billion years old and is in fact older than the Himalayas or the rocks in Greenland.

Legend:
When King Vibhishana accompanied Lord Rama to Ayodhya after the war with Ravana who was defeated and killed, the former was upset that he had to leave Lord Rama behind. However, he was given an idol of Sriman Narayana in the celestial position of lying on Sesha Vahana (Celestial Snake) along with Goddess Mahalakshmi and Lord Brahma – the Creator sprouting off His stomach. However, there was one condition: Vibhishana must take the idol straight to his Kingdom and must not place it on the ground.

While Vibhishana was on his way back, it was sunset time and he had to perform his evening rituals of Sandhyavandana and therefore was compelled to leave the idol with someone. He found a small boy playing around and gave the idol to him, advising him not to keep it on the ground. However, much to his dismay, the little boy had already kept the idol on the floor and ran away. Unfortunately, the idol was stuck to the ground and couldn’t be moved. In anger, Vibhishana went in search of the little boy who had by then climbed a hillock, at whom he threw a stone. The little boy was none other than Lord Ganesha, the hillock is the same one at Trichy and the scar of the hurt can still be seen on Lord Ganesha’s forehead. 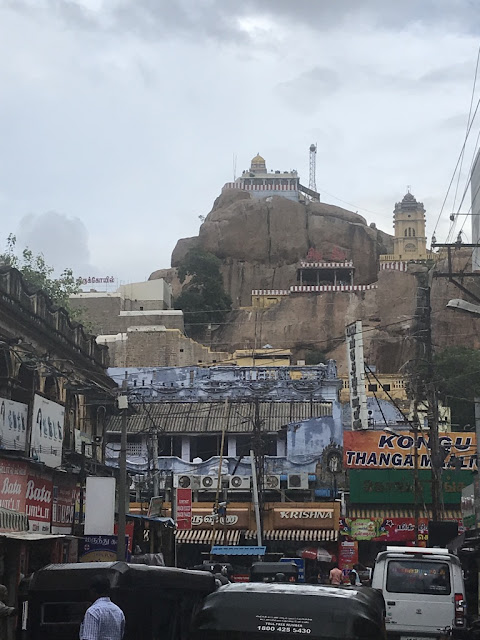 Vibhishana prayed to the Lord to allow him to carry the idol back but Sriman Narayana said that was not possible. Instead, the Lord assured He would be facing Lanka all the time and will bless Vibhishana and his kingdom. To this date, Sriman Narayana is seen lying on His Celestial Snake along with Goddess Mahalakshmi facing South – a rarity in any Vishnu Temple although the main entry to the temple is from the Northern side.

The Rockfort Ganesha Temple has splendid views from atop the 272 feet where Lord Ganesha is seated. There are positions from the hill where the Raja Gopuram of Srirangam, one of the tallest and most majestic could be seen.

Temple Timings: 6am to 8pm